When Beulah G. STARKEY was born on January 13, 1901, her father, Samuel, was 39, and her mother, Nancy, was 28. She had three brothers and one sister. Beulah was only four years old when her father died. Her entire family, including her mother and father are buried at Pleasant Forest Cemetery.

Beulah had a goal when she was young, to become a teacher. And the realization of that goal provided generations of youngsters at Farragut School with a dedicated and loving schoolmarm. Beulah had two years of college when she began her teaching career at Farragut and through the decades taught primarily 3rd and 5th grade.  During that time she never married, but lived with her widowed mother, providing a source of income for the household. The family lived on Concord Pike for many years. The photo below is a wonderful memory from one of her classes in 1947. 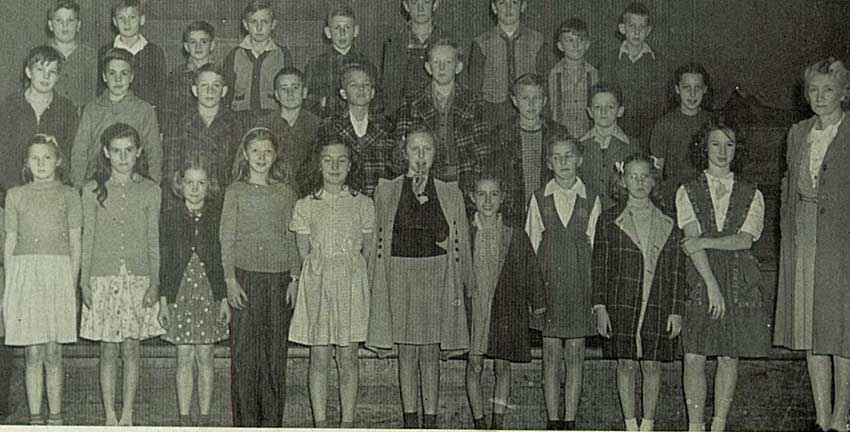 Beulah Starkey, often referred to as Aunt Bute, was born January 13, 1901. Her father built a stone house just south of the cemetery on Concord Road. She was a longtime member of Concord Presbyterian Church and taught fifth grade at Farragut Elementary school for many years. She was a beloved teacher who passed away on May 8, 1990. She inherited her father’s house and walked to school each day