The following is a transcript of a letter that was provided to Lyman C. Draper by Governor William Bowen Campbell, then of Carthage, Tennessee. The letter was written by Governor Campbell’s grandfather, Colonel David Campbell (1753-1832, dated July 4, 1827, and concerns the early history of Campbells Station, Tennessee. The letter may be found in the Draper Manuscripts at 16DD56.

I now take up my pen to comply with your request in giving a statement of the first settling of Campbells Station in east Tennessee and the incidental events occurring. On the 7th day of March in the year 1787 Mr. Archibald McCaleb and his family with myself and family and one other man, who we got to assist us to move, arrived at the place. We erected a camp or shelter for our families and in the course of a few days built two small cabins one for each family. In the course of a week or ten days after we took possession, Alexander and David Campbell and their families came to the place and a while after them, Jonathan Douglas and family came also. We had but one man to each family. We built one or two more small cabins, commenced clearing land and planted as much corn as we could get done in time. 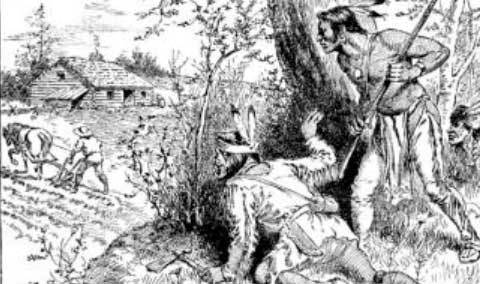 Some time after we had gotten our corn planted and was working it, we discovered that there was sign of Indians in the woods about us. No other settlement being nigher than nine or ten miles, we thought it best to be on our guard lest their intentions might be hostile, and kept our guns near us when we were working our corn. One day two of the men were [away] from home, the other three of us were working on corn near the cabins with our guns by us. There was two guns fired about two or three hundred yards from us over a rise or low ridge. We first thought we would go and try to see who it was, but on further reflection, decided that it might be a scheme of the Indians to draw us off from the cabins so that they could have easy access to plunder or do as they pleased. And we went and stayed with the families to guard them. The next day they gathered up all our horses, fourteen head, about five hundred yards from the cabins about the middle of the day and took them off, crossing the Tennessee River about fourteen or fifteen miles below the station.

John Martin an Indian country man, and George Fields a half breed, met them about eight miles from where they took the horses and came and informed us but we could not raise men to follow them in time. There was about twenty of the party of Indians and but five of us. One of the horses that was taken was a two year old stud colt of as good [a] blood line as any in the western country. A short time before he was taken, I gave three hundred acres of first rate land for him. Shortly after our horses were taken, we discovered where a part of the Indians had hid themselves behind large trees and blinds, at the time the two guns were fired, quite on the other side of the cabins within about one hundred and twenty yards, which fully convinced us that their object was to take the advantage of us if they could have the chance of doing it without much risk.

This was a trying time with us. We had not a horse to go to Mill - the nighest being about thirty miles from us, fifteen above where Knoxville now is. Captain John Baird who lived some distance up the country above us and where the country was much thicker settled, heard of our situation, raised a company of men, came down to see us and ranged the country between the Rivers Holston and Clinch for a few days in order to drive off the Indians should there still be any remaining. We now concluded to move our families up to Captain Amos Byrds, who a short time before had settled with his family and a few more families about six miles above us on the River Holston. And [we] got the assistance of Capt Baird and his company to help us to take our families and property to the River about two miles and from there we went up by water in canoes to Byrds. While we were there we tried to work our crops of corn as well as we could at the Station but could [not] get them well attended and had but sorry crops. Those of us who had lost our horses went several times up to the Indian Town on the Tennessee River. [We] had not a horse to ride [but] went on foot, waded the Holston and Tennessee Rivers, got the Indians to meet us at Chota where we held several talks with them on the subject of our horses. We tried to hire them to search for our horses and offered a considerable reward if they should find them and bring them back to us, but none of them would undertake it. They said it was Creek Indians that took our horses and they were afraid of them. However, we heard two or three years afterwards of some of our horses being in the lower towns of the Cherokees but never got them. 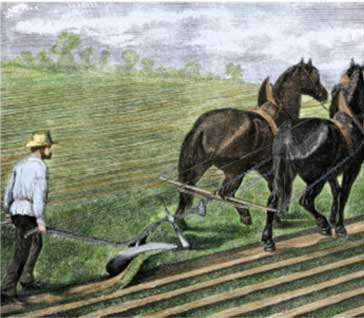 Archibald McCaleb is believed to be buried in an unmarked grave. He was born in 1750 in the Pendleton District of South Carolina and is thought to have fought in the Revolutionary War. Archibald McCaleb and his wife Mary, were cofounders of the settlement of Campbell Station. They arrived with Colonel David Campbell on March 7, 1787. He was granted 350 acres of land in the Sinking Creek area.  Archibald McCaleb took part in the war of 1812, and was killed by the Indians on his way to join Andrew Jackson on Sept. 16, 1813. 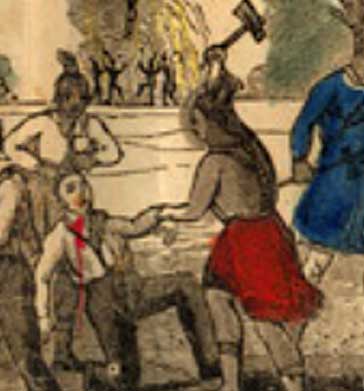 Elder David Campbell is buried in Pleasant Forest Cemetery. His military service is unknown, but legend has it he served at the Battle of Kings Mountain. 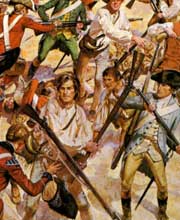 Elder David Campbell and his wife, Jane Lockhart Campbell, came to the community about 10 days after the arrival of Colonel David Campbell and Archibald McCaleb. He was known for his interest in promoting religion and education in the community. He served on the original board of elders for Pleasant Forest Presbyterian Church. David Campbell was listed in the 1806 tax roll with 161 acres on a site off Harvey Road. 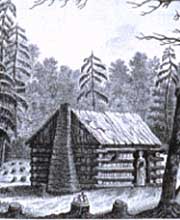 Col. Campbell Born 1753  Died 1832) is buried in Leeville Cemetery in Wilson County, TN. He was a Scotsman from Augusta County, Virginia. He served with the Continental Army at the Battle of King's Mountain in 1780 and prior to that he served with the Virginia Militia during the Lod Dunmore's War and later with General Washington at the Battle of Long Island Flats in 1776. 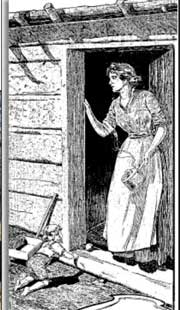 David Campbell and his wife Margaret, and Archibald McCaleb and his wife Mary settled Campbell Station on March 7, 1787. They built two cabins, the first for David Campbell and within a matter of days a second cabin for Archibald McCaleb. The families of Alexander Campbell and David Campbell (the Elder) arrived at the location about 10 days later and began building their cabins. James Campbell and his wife Janet, along with Jonathan Douglas and his wife Mary were on their way to the new settlement and would occupy two more sites at the station. Both of these men were Indian fighters as well as serving at Kings Mountain and other militia expeditions. By 1798 a small church and school was erected on land donated by Colonel Campbell. The church was named Pleasant Forest Presbyterian Church. Margaret Campbell died July 29, 1799. No tombstone marks her grave, but with little doubt, she is buried in Pleasant Forest Cemetery. Colonel Campbell remarried in 1802 to Jane Montgomery Cowan, widow of Samuel Cowan. He sold his real estate holdings at Campbell Station in 1823/24 and moved his family to Wilson County, Tennessee.