The Campbell Station Inn, built in the late 1790's is still a residence today.

We moved our families back to the Station late in the fall, gathered our corn and through the winter prepared for raising a crop the next season. Some of us had procured some horses to work and go to mill, one being now sited where Knoxville now is. We had gotten our crops of corn planted and [had] a tolerable prospect of working them, but perhaps about the latter part of June or beginning of July, the Indians killed Kirks family in the part of the country that is now Blount County. This circumstance opened a new scene of difficulties to us. A party of men who lived above where Knoxville now is, when they heard of the murders being done, raised [a party] and came on down to the Station with the intention of going down and destroying the Indian Town on the south side of the Tennessee River a small distance above the mouth of the Holston. When they came to the Station we hoped the matter could be accommodated without coming to an open war but they could not be prevailed upon to decline this confrontation and insisted on some of us to go with them from the Station. Several of us went, some by water taking down canoes to take the rest of us over the River. It was daylight before we got to the Town, very few of the Indian men were in the Town. The ones that were there took the alarm when we approached the Town and fled. The order was not to injure the women and children. All that was done [was that] one fellow got severely wounded and a woman and child killed. Susanna, the wife of John Martin and mother of George Fields and her family we saved and did not let them be interrogated as Susanna had been uniformly friendly to the White people from the commencement of the Revolutionary War, several time giving their notice when any plot was in agitation against them. We conceived it to be right to favor her and her family. 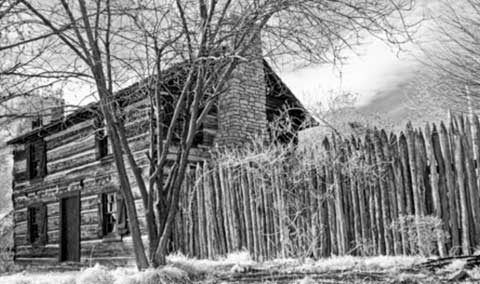 Campbell Station residents moved to White's Station for protection against Indiian attacks, returning when the threat was over.

Soon after we returned home from this little expedition, an open war now being expected, the General of the Brigade gave orders for several of the frontier stations to break up and join others to strengthen them and promised to give them aid. Our Station was directed to join Whites Station where Knoxville now is – which we did. That summer or fall, Brigadier General Joseph Martin commanded an expedition against the Cherokees of the lower Towns [and] had a skirmish with the Indians on the end of the lookout mountain where the road crosses it. After we returned home from the campaign, we began to prepare to move back to the Station and in the latter part of the fall we took possession of it again and never broke up any more.

The Assembly of North Carolina this year (1788) passed a law authorizing a company of men to be raised to be continued one year in service, if not sooner discharged by the Governor, for the protection of the frontier and families moving through the wilderness to Cumberland. And authorized the commanding Colonels of Sullivan, Washington, Hawkins and Greene to carry this law into effect by appointing the officers to raise and command the men and appoint the place [where] the company should be stationed. It so happened that our Station was the place [where] the company was formed and I was appointed to raise and command it. The company was not to be over thirty-three privates. I tried to raise the men but never could succeed in raising the whole of them - perhaps about half – but with what I raised we built some Block houses and other houses as we needed and some stockades. We made a very good fort. However, the company was discharged by the Governor of North Carolina a considerable time before the year was out. In all the time that we were under the Government of North Carolina – which was about four years or nearly that length of time before we became a Territorial government – we had but a very moderate protection. When the militia was ordered out for our protection the commissary could very seldom furnish anything to support them and would get the families to take them in and board them with an expectation and promise of the commissary making a return of their rations to Government and drawing pay for them. Whether the returns were made or whether government [North Carolina] refused to pay I never have learned. But I know in the four years just before the Holston Treaty, that some of us would have from three to six or eight at a time boarding with us several months in the year. We never got a cent for it but we were glad to get the protection on almost any terms, although it bore very heavy upon us. After the Territorial government took place it was quite otherwise. We were well protected and paid for everything we could expect government had a right to pay us for.

The number of families increased after we got a good fort built. About the time the Territorial government took place there was about ten or twelve families in the Station. From the second year after we settled the place until the Holston treaty took place we experienced a kind of a half peace half war. And indeed the same scene took place after the treaty. The Indians frequently stealing our horses and leaving some of us without any. About two years after the Holston Treaty the Indians became rather more troublesome, frequently killing and stealing horses and devastating parts of the country. Col. John Sevier marched about six or seven hundred men down to the frontier and encamped at his fort on the south side of Holston River about five miles from Campbells Station. While this army was encamped the Indians massed an army of perhaps fourteen or fifteen hundred. When they came to the Tennessee about fourteen or fifteen miles below our Station, they sent two spies, Double Head and his Brother, the Pumpkin Boy to view Sevier’s encampment in the night. They came near to where a sentry stood [who] shot and killed Pumpkin Boy. About this same time another spying party went up as far as Cavetts, about half way between our station and Knoxville, and stole a horse from Cavett and came back by us and took a horse out of the field about the middle of the day without being discovered until some hours after. The second night after taking these horses, the army of Indians passed along us within about four or five hundred yards of our Station, went on to Cavetts and destroyed them all, burned the houses went across the country to Clinch River burning some houses as they went along. We did not know of their passing along until the next morning when we found the trails where they marched along. We concluded there were at least two thousand and that their view was to take Knoxville and then return by us and take the Station on their way back. We immediately sent two of our men on two of our best horses to inform Col. Sevier. There was just eleven men of us in the Station at the time. We unanimously concluded to try to defend the place while we were able to shoot a gun. Most [of the men] were good gunners and tryed [sic] soldiers – each man had two good muskets and an excellent rifle all well loaded and ready by his side. We fixed everything in as good order as we could, filled all our vessels with water – least they might attempt to set the houses on fire, then watched for their coming with anxiety, every moment expecting to see them coming. Until, toward evening a party of men from Knoxville who had heard of the fate of Cavetts family came to the place to see what was done. And when they came there they concluded to ride down to our Station to see what had become of us. The Indians crossed Clinch River, went down and recrossed the Tennessee below the mouth of Clinch, dispersed and went home without being checked. Col. Sevier commanded an army of the militia into the Indian country in the fall season, had a skirmish with them, killed some of them and destroyed some of their Towns. There was still a kind of partial warfare with the Cherokees until the Nickajack Campaign which put an end to the war with that nation. We were confined to the Station for about nine years before we could settle safely out on farms.

Note: This valuable statement was written by Col. David Campbell of Campbells Station, Tenn. & given me by his grandson W. B. Campbell of Carthage, Tenn. – L. C. D. [Lyman C. Draper]